In this article, we'll use an example in order to learn how to build Overwolf (OW) apps that respond to real time game events and display content in an overlay while playing. If you are new to the concept of Overwolf apps, this is a great place to get started, and you can use it as a base for your own project.

The sample app's functionality is pretty straightforward, it auto-launches when the user launches one of the supported games:

The app reads all real time game events as you play. To demonstrate overlay features, the sample app prints all in-game event data collected into an overlay-based component.

The sample app is built with JS code and TypeScript. An official Vue, React, and Angular version will be added soon. Until then, check our community snippets page for an unofficial Vue version and other code samples, like React boilerplate for Overwolf apps and more.

You can find a video tutorial that guides you on downloading, building, and using the sample app.

For demonstration purposes, the sample app has been configured for one of the supported games listed above. It loads when Fortnite starts and reads Fortnite in-game events. You can easily customize this example to fit other games.

After installing, run the following commands in your favorite IDE terminal (Visual Studio Code is free and easy to use)

If they run successfully, proceed to the next steps.

This repository contains the Overwolf sample app.
Download the app's source code from the repository as a zip file, and extract it to a new folder on your machine.

In your terminal, run the following commands:

5. Load the app as "unpacked extension"​

Usually, all the apps in the Overwolf app store are OPK packages that can be installed with a double-click. Unlike OPK Packages, while you are developing an app, you want to load the unpacked code, change it, and test it regularly.

For this reason, in addition to the OPK installation, you can load the app as an "unpacked extension":

To load an app as unpacked, your OW account has to be whitelisted as a developer.

This is how the sample app's main window looks like: a desktop window displaying some textual information. 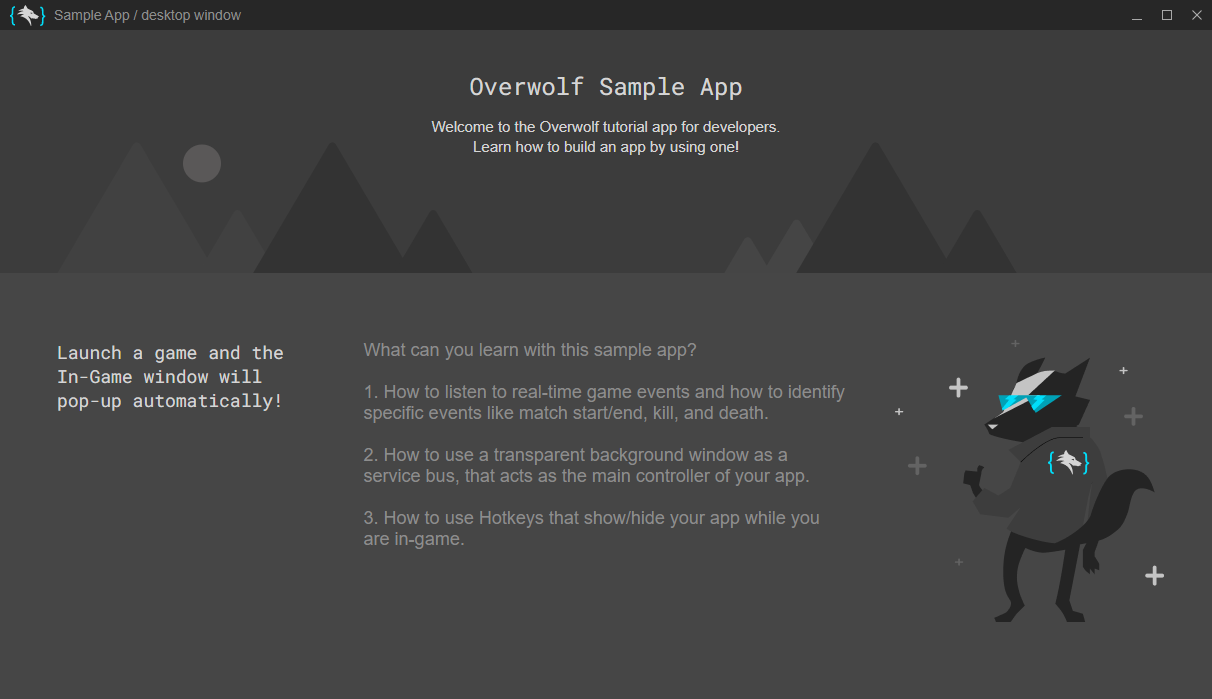 The real action will take place in the in-game window - once you launch Fortnite, the desktop window will be replaced with this in-game window: 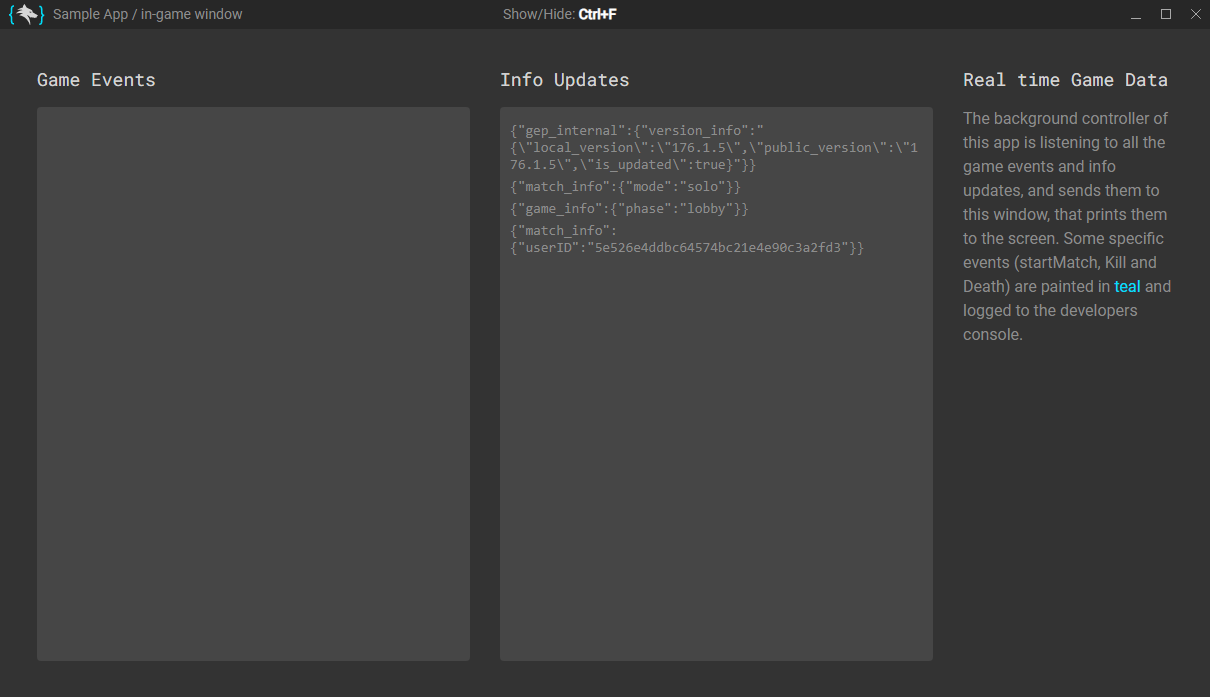 This is the injected in-game window overlayed on your game screen. The window displays game events, collected data, and a sample advertisement for monetization.

When you hit the close button, the app will close itself.